Replace the Default Server of OwinHost.exe with Nowin in Visual Studio 2013

This post will show you how to you can replace the default server of OwinHost.exe with Nowin in Visual Studio 2013
27 September 2013
4 minutes read
Katana
7
OWIN
8
Visual Studio
11 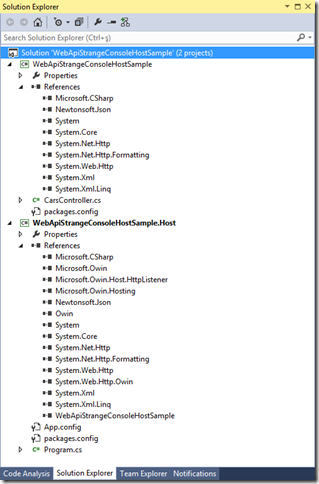 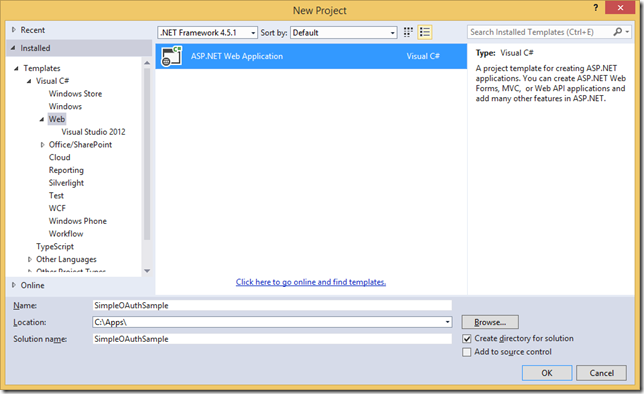 Wow, I cannot believe I'm writing this post :) It's really exciting to see that .NET web stack has evolved this much. First, we had a web framework shipping out of band: ASP.NET MVC. Then, we were given a chance to play with hosting agnostic web frameworks such as ASP.NET Web API and ASP.NET SignalR (I know, their names are still confusing and give an impression that those frameworks are still bound to ASP.NET but they are actually not). Recently, we have been embracing the idea of separating the application, server and the host from each other by making our applications OWIN compliant.

By this way, we can easily build our pipeline on our own and switch the underlying host or server easily. Visual Studio 2013 even has a really nice extensibility point to switch the underlying host and still have the F5 experience. OwinHost.exe is one of those hosts that we can use as an alternative to IIS. Today, we can even take this further and completely replace the underlying server (which is HttpListener by default with OwinHost.exe) by preserving the host. There is an OWIN compliant server implementation called Nowin developed by a very clever guy, Boris Letocha. This server uses a raw .NET socket to listen to the HTTP requests coming in through the wire and will respond to them. By looking at the repository's readme file, I can say that this component is not production ready but will work out just fine for demonstration purposes.

I created a mini sample application to show you this cool feature. You can find it on my GitHub OwinSamples repository, too. It only contains the following startup class and initially have two NuGet packages installed: Owin and OwinHost.

I am not sure if you have noticed this but Visual Studio 2013 even has an item template for creating an OWIN startup class: This seems nice but it secretly installs the Microsoft.Owin package, which is unnecessary if you ask me. Owin NuGet package should be enough IMHO.

I also applied the steps explained in my "OwinHost.exe on Visual Studio 2013" post to get my application running on top of OwinHost and here is the result: Here, my host is OwinHost.exe and it uses the Microsoft.Owin.Host.HttpListener as the server by default. At the application level, we don't need to know or care about which server we are on but most of the OWIN server implementations expose their names through the server.Capabilities dictionary:

What we want to accomplish here is to keep the host as it is and only replace the server component that it uses underneath. As our host (OwinHost.exe) is OWIN compliant, it can work with any other type of OWIN compliant server implementations and one of them is Nowin. Installing Nowin over NuGet into your project is the first step that you need to do.

However, this's not enough by itself as OwinHost.exe has no idea that we want to use Nowin as our server. Luckily, we can manipulate the arguments we pass onto OwinHost.exe. You can configure these arguments through the Web pane inside the Visual Studio Project Properties window. Besides that, OwinHost.exe accepts a few command line switches and one of them is the –s (or –-server) switch to load the specified server factory type or assembly. These are all we needed.

After saving the changes we have made, we can run the application and get the same result on top of a completely different server implementation:

Also with the same way as we did earlier, we can see that the switch has been made and Nowin is in use:

Being able to do all of this is a very big deal; especially if you think that we have been tied to IIS for very long time. I'm so happy to see .NET web stack moving towards this flexible direction.